Wylie Clifton Fewell - "Clif Fewell", born May 26 1947, a lover of laughter and life, passed away peacefully with his wife Debra (the love of his life) and his stepson Tony (his best friend) at his side, on the afternoon of April 1st 2021.

Clif was loved so much by his mother-in-law, "Rose", his father-in-law (who he called "Poppy") sister-in-law(s), brother-in-law(s) and numerous nieces & nephews.

Clif accomplished so much in his lifetime and will always be remembered for his patriotism and love for his country, having served honorably in the United States Army 2nd Air Calvary, during the Vietnam war. Clif never crossed paths with a fellow veteran that he didn't stop to thank, for their service. He loved to sit and share memories from his time in the military with his stepson Tony, a United States Navy veteran and his nephew Jeremy Helsing, a Marine veteran.

Clif loved music, especially the blues. Buddy Guy, Eric Clapton and Stevie Ray Vaughan, were a few of his all time favorites.
Clif loved the outdoors. His favorite time of the day, was the morning, sitting outside listening to the birds, with his dog Marley, at his side.

If you were blessed enough to be called "friend" by Clif, then you know how big his heart was and how much he impacted the lives of those around him, especially those he truly called a friend.

Having given his heart and life to Jesus Christ in recent years, and having come to receive and know his forgiveness and grace, we have peace in knowing, that he has received the gift of eternal life. We also know he is now with his new fishing buddy, our sweet baby James.

Preceded in death by his brother Roy Fewell, a United States Marine veteran, his sisters Shirley and Velma and his parents Wylie Fewell and Beulah Fewell. 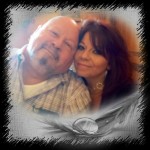